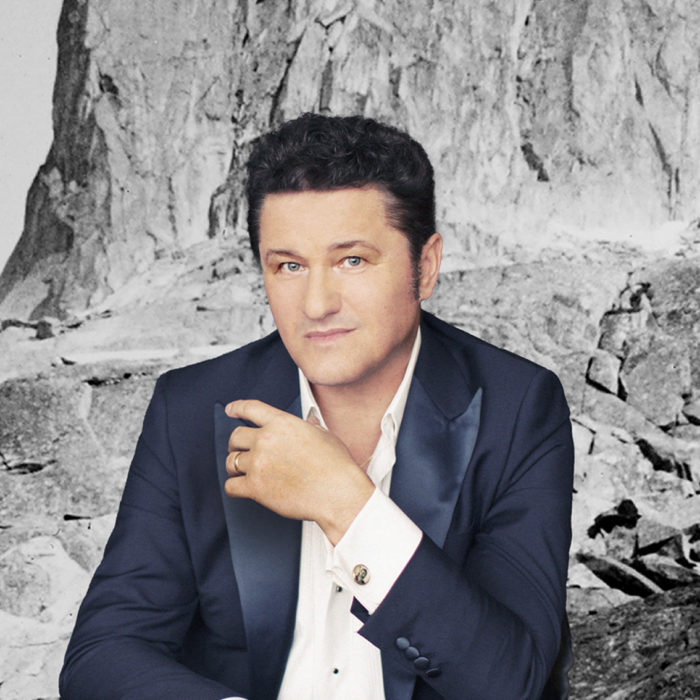 Piotr Beczala is one of the most sought after lyric tenors of our time and a constant guest in the world’s leading opera houses. The Polish-born artist is acclaimed not only for the beauty of his voice, but also for his ardent commitment to each character he portrays. In addition to his operatic work, he has sung many of the great vocal works with the world’s most distinguished orchestras and maestri.

The 22/23 season begins for Piotr Beczala on the opera stage of the Vienna State Opera singing the role of Don José in Bizet’s Carmen. He is then at the Teatro Real in Madrid in a revival of Hugo de Ana’s historic production of Verdi’s Aida (Radamès). He returns to the Metropolitan Opera New York and performs the role of Count Loris in David McVicar’s new production of Umberto Giordano’s exciting drama Fedora, alongside Sonya Yoncheva, as the Russian Princess, Rosa Feola as Countess Olga and baritone Artur Ruciński as diplomat De Siriex, conducted by Maestro Marco Armiliato. The opera can be seen as a live cinema broadcast in the MET’s award-winning Live in HD series, around the world. His second opera production at the MET is Wagner’s masterpiece Lohengrin, in which he sings the title role of the mysterious Swan Knight. It is staged by François Girard and conducted by music director Yannick Nézet-Séguin. Back in Europe, he sings the roles of Lohengrin in Wagner’s Lohengrin and Cavaradossi in Puccini’s Tosca at the Vienna State Opera. He ends the season on the opera stage at the Zurich Opera House as Calaf in Puccini’s Turandot. On the concert stage he opens the season of the Croatian National Theatre in Zagreb with a gala concert. With the choir and orchestra of the Teatro Real he performs Verdi’s Requiem in Burgos Cathedral in Spain and gives a recital with pianist Camillo Radicke in San Sebastián. As part of the Great Voices series, he can be heard with the Munich Symphony Orchestra at the Isarphilharmonie and with the ORF Vienna Radio Symphony Orchestra at the Vienna Konzerthaus, both concerts conducted by Maestro Marco Boemi. Further concerts will take place at the Palm Beach Opera, at the Vienna State Opera, in Pamplona and in Ljubljana. He also sings two gala concerts at the Gran Teatro del Liceu in Barcelona together with soprano Sondra Radvanovsky.

Last season, the tenor sang Ludwig van Beethoven’s Symphony No. 9 at the Semperoper Dresden with the Staatskapelle Dresden, under the baton of Christian Thielemann, and gave several recitals together with pianist Helmut Deutsch at the Theater im Park in Vienna, the Philharmonie Luxembourg, the Musikverein Graz, among others. He performed a concert as part of the Great Voices concert series in Linz, went to the Elbphilharmonie Hamburg and took a recital tour through South America. On the opera stage, Piotr Beczala sang the role of Manrico in Verdi’s Il trovatore at the Zurich Opera House, followed by two opera productions at the Metropolitan Opera New York, once Verdi’s Rigoletto (Duke of Mantua) and Tchaikovsky’s Eugene Onegin (Lenski). At the Munich State Opera, he performed as Cavardossi in Puccinis’s Tosca and as Riccardo in Verdi’s Un Ballo in Maschera.

Since his debut as Duca in 2006, Piotr Beczala has been a regular guest at the Metropolitan Opera. Since then, he has sung Prince (Rusalka), Edgardo (Lucia di Lammermoor), Rodolfo (La bohème), Vaudémont (Iolanta), Riccardo as well as the title roles in Roméo et Juliette and Faust. In 2011 he accompanied the Met to Japan and made his role debut in 2012 as Grieux in Massenet’s Manon. In 2016 he made his debut as Lohengrin at the Semperoper Dresden alongside Anna Netrebko under the musical direction of Christian Thielemann. In addition, the Vienna State Opera’s Kammersänger performed at the famous opera house as Werther in Werther, as Ein Sänger in Der Rosenkavalier and as Don José in Carmen, among many other roles. Other highlights include Lucia di Lammermoor (Edgardo) at the Zurich Opera House and Massenet’s Werther at the Teatr Wielki in Warsaw. The tenor can also be heard regularly at the State Opera in Munich, Gran Teatre del Liceu in Barcelona, Teatro Real in Madrid and at La Scala in Milan.

In addition to his opera career, Piotr Beczala is a much sought-after concert and lied singer. In 2020-21, Piotr Beczala sang together with soprano Sondra Radvanovsky at the Gran Teatre del Liceu in Barcelona, gave a beneficial concert at the Konzerthaus Vienna, at the Teatr Wielki in Warsaw and went to the Auditorio in Bilbao. He also joined the stage with Plácido Domingo for a gala concert at the Bolshoi-Theatre in Moscow and was part of the Met Stars Live in Concert series with soprano Sondra Radvanovsky (January 2021). He sang Mahler’s Das Lied von der Erde with the Orquesta Nacional de España under the baton of David Afkham at the Auditorio Nacional de Música in Madrid, Verdi’s Messa da Requiem at the Grafenegg Festival, gave a concert with soprano Camilla Nylund at the Brixen Classics Festival and sang at the famous Concert de Paris at the Eiffel Tower on July 14th, 2021. Recital tours took him with pianist Sarah Tysman to Spain and with pianist Camillo Radicke to South America. Further concert appearances have taken him to Baden-Baden, Amsterdam, Madrid, Budapest, Vienna, Milan and Oman.

Piotr Beczala has released two solo albums for Deutsche Grammophon, “My Heart’s Delight” in 2013 and “The French Collection” in 2015. In 2012, he sang the New Year’s Eve concerts at the Semperoper in Dresden, which were directed by Christian Thielemann and released on CD and DVD by Deutsche Grammophon. A DVD of his stunning debut in the title role of Lohengrin opposite Anna Netrebko as Elsa was released internationally in 2017. His first solo album on Pentatone featuring versimo arias “Vincerò!” was released in May 2020.

In 2014, Mr. Beczala was awarded at the ECHO Klassik Awards as “Singer of the Year” as well as the Opus Klassik for the same category in 2021. In 2019 he was honoured as Kammersänger of the Vienna State Opera and received an honorary doctorate (Dr. h. c.) from the Katowice Academy of Music in 2022.