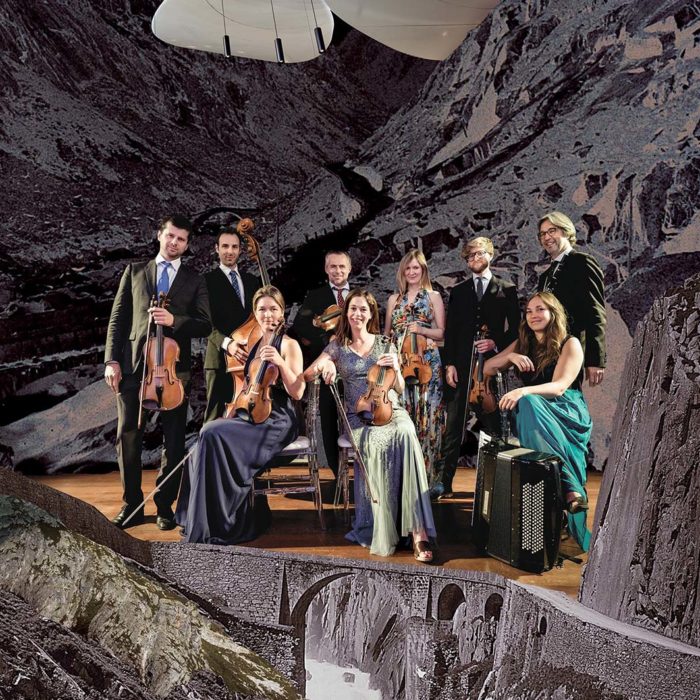 The Camerata RCO is comprised of members of the Royal Concertgebouw Orchestra. It is their absolute love of chamber music that spurs on these musicians to find the time to perform together as the Camerata RCO, besides their work with the Orchestra itself. This ensemble, which has been praised by the New York Times for its “warm, glowing performances”, has enjoyed immense success in the Netherlands and abroad, and today gives some 50 concerts each season in international music centres such as Amsterdam, Vienna, Tokyo, Seoul, Madrid, Rome and New York.

The Camerata RCO has given many radio and TV performances and has recorded several CDs on the Gutman Records label (with works by Corelli, Mozart, Mendelssohn and Ravel). Its most recent recording was released in 2021 and includes the chamber arrangement of Bruckner’s 7th Symphony that they will be playing in Andermatt.

The Royal Concertgebouw Orchestra (RCO) is based in Amsterdam and was founded in 1888. It officially received the appellation “Royal” on the occasion of its Centenary Celebrations in 1988. Queen Máxima of the Netherlands is its patroness.

The RCO is one of the finest orchestras in the world and has repeatedly worked with the greatest conductors and soloists. Composers such as Richard Strauss, Gustav Mahler and Igor Stravinsky all conducted it on more than one occasion. To this day, the Orchestra continues to foster long-term relationships with contemporary composers.