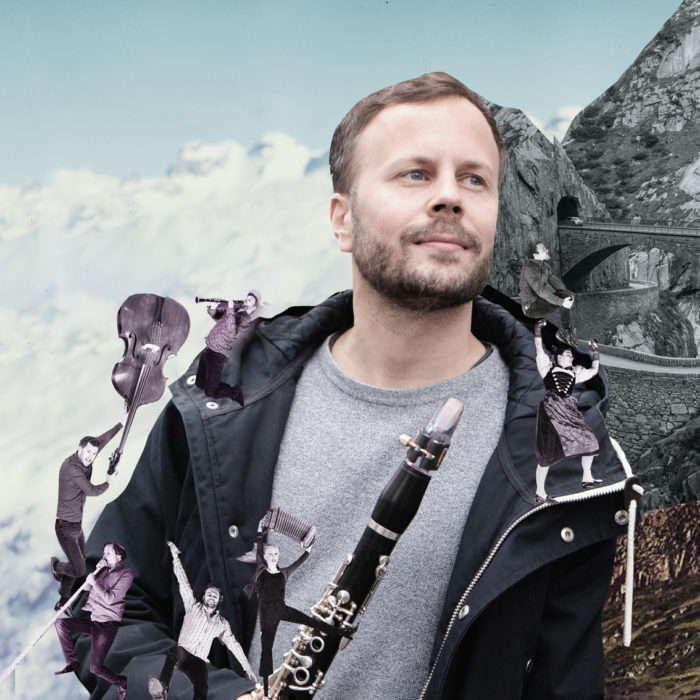 Mathias Landtwing is committed to all manner of genres as an instrumentalist, composer and music educator. Born in 1985, he has performed in Switzerland, the rest of Europe and Japan, and in numerous television programmes (including a special edition of “Potzmusig” on his 30th birthday).

Kristina Brunner was born in 1993. She studied both the cello (with a focus on folk music) and the “schwyzerörgeli” accordion at the Lucerne School of Music. She teaches the schwyzerörgeli and is also very active on the concert scene, especially in her duos with Evelyn Brunner and Albin Brun.

Simone Felber studied vocal pedagogy and has performed as a guest at the Lucerne Theatre. At the same time, she is utterly fascinated by folk music – especially by yodelling. She performs at home and abroad with her trio “Simone Felbers iheimisch”. Since 2018, she has been a member of the women’s a-cappella quartet “famm” and directs the youth yodelling choir “jutz.ch”.

Laurent Girard was born in 1985. He completed his studies with a teaching diploma in piano. He performs with various bands in different styles and enjoys an active performing career on radio and TV. He also composes and arranges works to commission (for which he has won the Zurich Tonhalle Audience Award).

Pirmin Huber is a multi-talented double bassist, composer and sound artist from Switzerland. He has established himself on today’s new Swiss folk music and electronic music scenes. His goal is to map out new territory when he brings together folk music, techno, jazz, classical and electronic music.

After completing his violin studies, Andreas Gabriel rediscovered his roots. He began researching into the lost fiddle music of Switzerland and experimented with old melodies. He was inspired by field recordings of various historical Swiss fiddle players and by today’s folk fiddlers from all over the world.

Jwan Steiner and his band reached the Top Ten in 2018 with their album “One Lucky Sperm”. He is a member of the “Art on Ice” band, has performed together with Simply Red and Nelly Furtado, is involved with the Lucerne rap crew “GeilerAsDu”, and makes modern folk music. He loves this mix of styles – and others love it too.