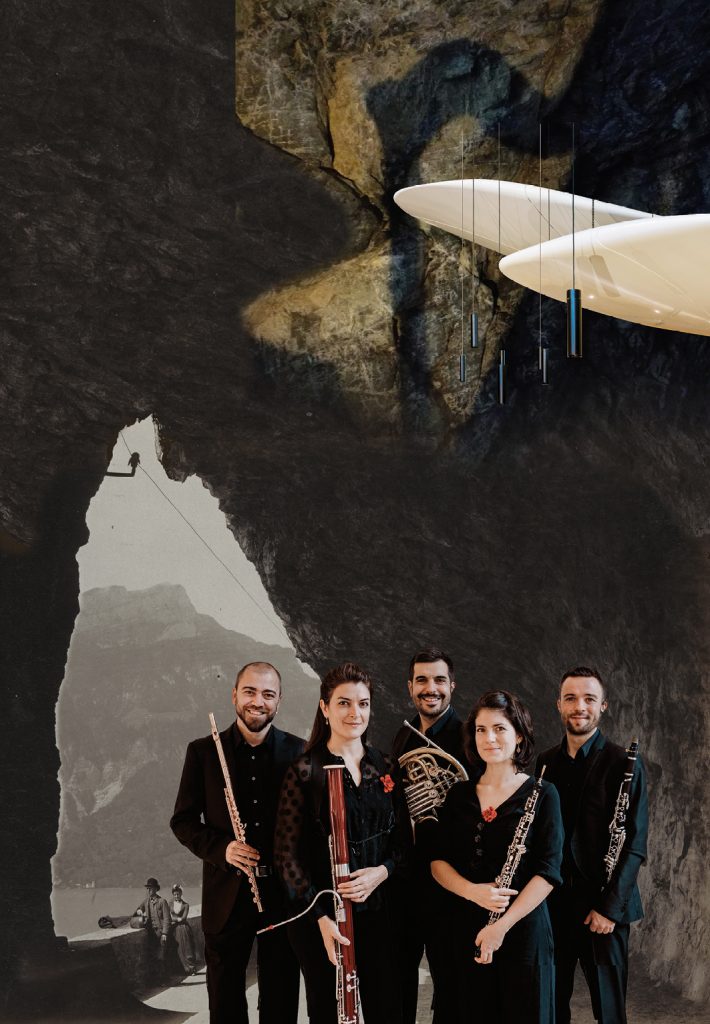 CHAMBER MUSIC WITH THE AZAHAR ENSEMBLE

Fiery performances, a fresh breeze, the scent of orange blossoms – this wind quintet, comprising members of the Swiss Orchestra, will whirl through the Andermatt Concert Hall. They will make the Alps glow with their rousing programme, featuring a mix of well-known classics, an unearthed gem from Switzerland, and vivacious music from Spain.

This concert by the Azahar Ensemble opens with Mozart’s Andante in F major for mechanical organ. He himself referred to his work on it as “abhorrent”, on account of what he found the rather unattractive, monotonous, even “childish” sounds made by the instrument. This work was originally intended for a small mechanical organ whose pipes are steered by a revolving, pinned barrel without any need for human musicians. But in Andermatt, we shall hear it in an arrangement for wind quintet. As performed by the award-winning Azahar Ensemble, which is renowned for its extraordinarily cultured art of interpretation, this work will sound very different indeed – though the high wind parts and rich tone colours of the Ensemble will still enable us to imagine before our inner ear the sound of the little machine organ for which Mozart composed the piece.

George Onslow, the second composer on our programme, was a student of Anton Reicha at the Paris Conservatoire – the man whose own 24 virtuosic wind quintets made this genre popular in the 19th century. Onslow took up the traditions of Mozart and Beethoven and developed his own, more chromatic musical language, earning him the admiration of both Schumann and Mendelssohn.

George Templeton Strong was born in New York in 1856. He visited Switzerland several times before finally settling here in 1897; he died in Geneva in 1948. While in Switzerland, he devoted himself increasingly to watercolour painting, and also wrote several symphonic poems and chamber music works. Tonight’s programme features his Cinq aquarelles for wind quintet – “five watercolours” – a colourful, euphonious work that reveals just how closely interconnected these two arts were to Templeton Strong.

The Azahar Ensemble also evokes musical soundscapes in the second half of their concert, with two works by the Spanish composer Joaquín Turina Pérez – the son of the genre painter Joaquín Turina y Areal – in which we can hear the colours and rhythms of life of his Andalusian homeland. In La oración del torero (“The Bullfighter’s Prayer”) – a key work by this composer that brought him national recognition – Turina unites the old, familiar Spanish topics of religion and bullfighting to depict the scene of a torero before his fight. At the world premiere, he described the atmosphere of the piece as follows: “I was at the stables, where behind a small door there stood the chapel where the bullfighters came to pray for a moment before they went out to face death. This subjective musical and expressive contrast appeared to me in all its fullness: the distant hubbub of the bullring, the public waiting in anticipation of the event, and the anointing of those who, before this poor altar of endearing poetry, came to pray to God for their lives, for their souls, for their pain, for their illusions and for their hopes – aware that they might, just a few moments hence, forever leave them all behind in the arena full of music and sunshine”. This composition is now calm, now full of driving rhythms; sometimes it erupts in spirited outbursts, and then returns once more to introversion. It offers a multitude of colours, moods and energies, all of which the Azahar Ensemble brings to life in a unique manner. 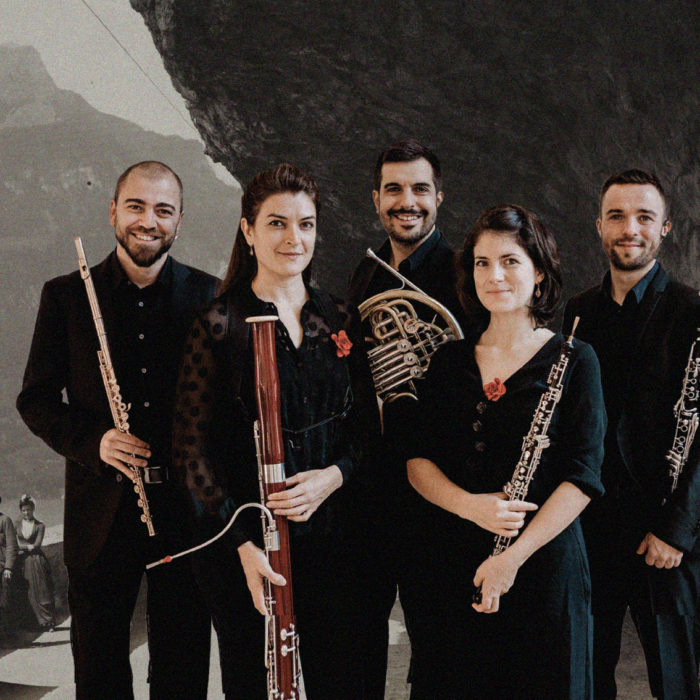