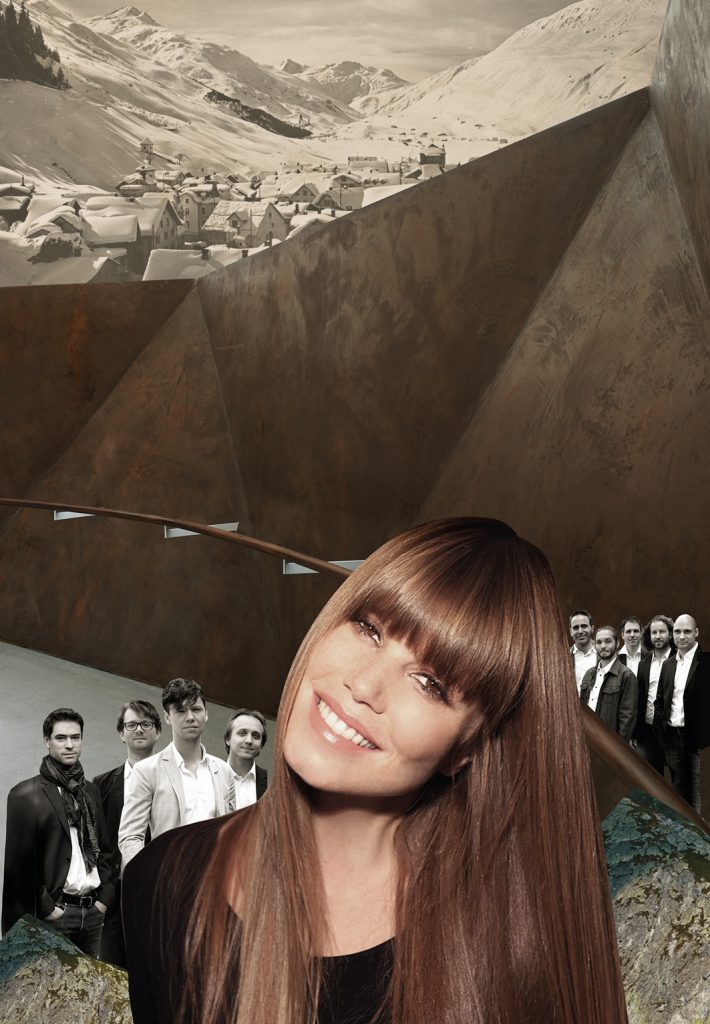 The Luzia von Wyl Ensemble will be offering a new programme in Andermatt, performed here for the first time. It will be a preview of their third studio album, and it is dedicated to the spectacular Swiss Alps. From a thunderstorm on an alpine summit to a Sunday ramble under a blue sky: the mountain world with its different moods is as varied as this music with its shifting tone colours. Inspired by the peace and seclusion that you can only experience on a hike at high altitude, soundscapes here emerge to create powerful mood images, and sometimes even recall concrete sounds from up in the mountains – is that cowbells we can hear? Or a mountain railway?

With her piece “Funicular”, Luzia von Wyl has actually created a homage to the Swiss mountain railways: “I’m a fan! How crazy the Swiss were, to think of building a little railway to every summit! That’s a great cultural heritage. Everyone can imagine the rhythmic noises when such a train arrives, and how they change when it passes over a bridge or through a tunnel”. Here, you can truly hear the train rattling along towards us – the drums and marimba intertwining to create a groove – and you feel as though you’d just love to jump on yourself.

In “Thunder”, as the title suggests, we also get to hear a metal thunder sheet. We can hear the hiss of lightning and the raging of the storm while the bass clarinet sets off on a wild improvisation. The piece “Mulino” provides a stark contrast with its calm, repetitive, basic motif. Its melancholy melody on the flute culminates in an impressive violin improvisation. The other pieces in this new programme are also strong in character. Each one of them brings a different instrument to the fore, and sometimes only two of them play, instead of the full complement of ten.

In this new programme, the focus is constantly on the mountain world as depicted in music. Sometimes it’s rhythmic and raw, at other times replete with filigree melodies; sometimes it’s brilliantly composed, at others virtuosically improvised. There is surely nowhere better suited to this new mountain programme of the Luzia von Wyl Ensemble than Andermatt, in the highest concert hall in Switzerland!

These mountain pieces are rounded off with classics from the Luzia von Wyl Ensemble’s older repertoire. Just wait and see what surprises are in store! 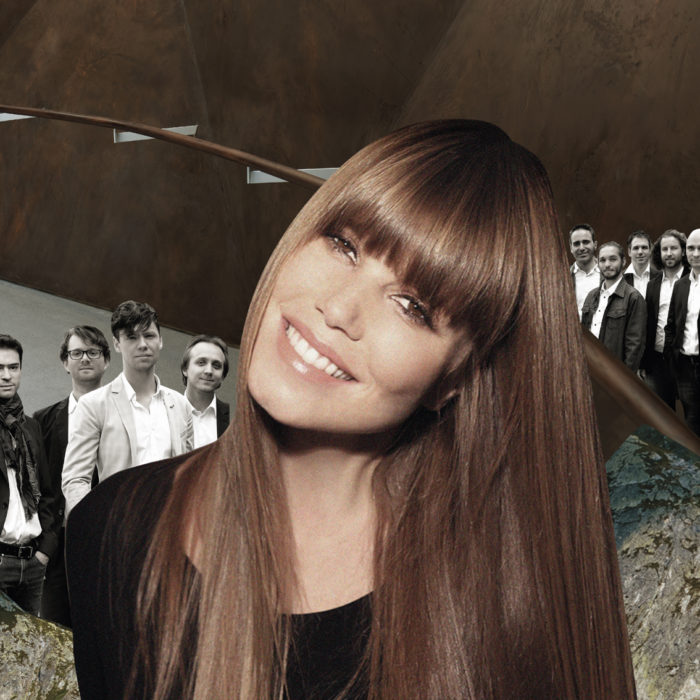