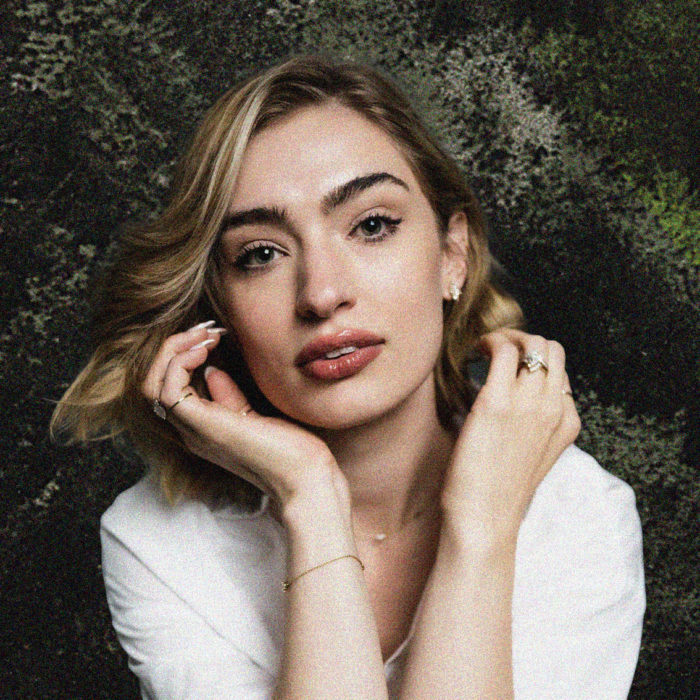 A graduate of the Yale School of Music, Sylvia D’Eramo has recently completed her final season as a member of the Metropolitan Opera Lindemann Young Artist Development Program. The young lyric soprano has already successfully performed at the MET, Santa Fe Opera, Palm Beach Opera, Lyric Opera Kansas City and with The Philadelphia Orchestra, amongst others. In the summer of 2022, she returned to Santa Fe Opera as a principal artist in a widely acclaimed role debut as Micaëla in Carmen.

In the upcoming 2022/23 season, Sylvia returns to the MET as Kitty/Vanessa in a world-premiere new production of Pulitzer Prize–winning composer Kevin Puts’ The Hours which will also be part of the Met’s Live in HD series. She goes back to the MET later in the season to perform the role of Musetta in the series of La Bohème performances conducted by Yannick Nézet-Séguin. She can also be heard as Donna Elvira in Brenna Corner’s production of Don Giovanni at the North Carolina Opera. On concert scene Sylvia can be heard in the concerts with Piotr Beczała in Andermatt, Switzerland and Jonathan Tetelman with the Tivoli Symphony Orchestra in Copenhagen.

The 2021/22 season saw Sylvia D’Eramo make important debuts: originally scheduled to make her mainstage debut as Diane in the Metropolitan Opera’s cancelled production of Iphigénie en Tauride, she instead debuted there as Countess Ceprano in Rigoletto. She also made her Philadelphia Orchestra debut, performing Kitty/Vanessa in the concert version of Kevin Puts’ The Hours.

Sylvia joined the Metropolitan Opera Lindemann Young Artist Program for her inaugural season in 2020/21. In 2021, she made her role debut as Mimì in La Bohème, conducted by James Gaffigan, with the Verbier Festival in Switzerland where she was also awarded the Thierry Mermod top singer prize.

During the 2019-2020 COVID-affected season, Ms. D’Eramo trained with the Los Angeles Opera as a member of its Young Artist Program. She also made her company and role debut with Lyric Opera Kansas City as Musetta in La Bohème. In the summer of 2020, she was to become an inaugural member of the Aspen Opera Theater and Vocal ARTS program, led by Renée Fleming and Patrick Summer, singing the role of Rosasharn in Ricky Ian Gordon’s The Grapes of Wrath (cancelled due to COVID-19). She was also slated to join the Britt Festival Orchestra as the soprano soloist in Beethoven’s Ninth Symphony, conducted by Teddy Abrams (cancelled). For the 2018-2019 season, she joined the Benenson Young Artist Program at Palm Beach Opera, where she appeared in the Rising Stars Concert, and covered Zerlina in Don Giovanni and Adele in Die Fledermaus. In May of 2019 Ms. D’Eramo joined the Glens Falls Symphony as the soprano soloist in Beethoven’s Ninth Symphony, then returned to Santa Fe Opera for her second year as an Apprentice, where she covered Mimi in La bohème, and sang Barena in Jenůfa.

Previously, Sylvia joined Santa Fe Opera as an Apprentice Artist, singing Cugina in Madama Butterfly, and performed Gretel in Hänsel und Gretel and Pamina in Die Zauberflöte, both with Yale Opera. In concert, she joined the Marvin Concert Series in her home state of Texas for Verdi’s Requiem, and Yale Philharmonia for Beethoven’s Ninth Symphony under the baton of Maestro Marin Alsop.

Ms. D’Eramo can be heard on Albany Record’s 2017 recording of The Crucible by Robert Ward, singing the role of Abigail Williams. She was a winner in the Lois Alba Aria Competition and won an encouragement award from the Career Bridges Foundation.